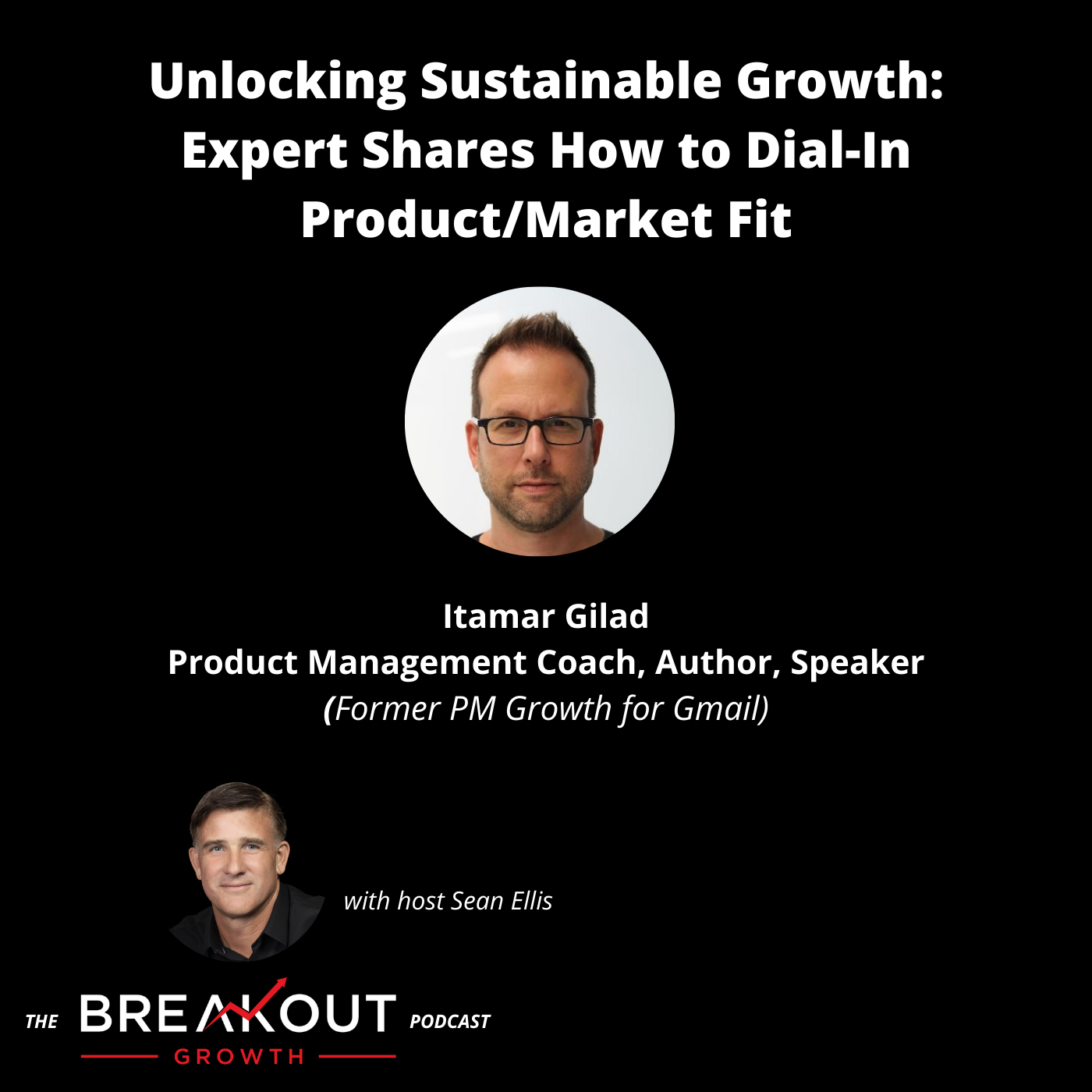 Is it just luck that determines which companies successfully find and harness Product/Market Fit? Or are there specific strategies teams can employ to systematically take ideas through this elusive gate?

In this episode of the Breakout Growth Podcast, Sean Ellis digs in with product management coach, speaker and author, Itamar Gilad to answer these questions and explain and uncover what every organization--from early startup to established team--can do to find and capitalize on product/market fit.

On BreakoutGrowth.net, the new companion site to this podcast, Sean and Ethan share their Principles of Sustainable Growth, and at the top of the list is the importance of “Dialing-in the ‘Must-Have’ Experience” first. Itamar, who developed his own GIST framework to help companies achieve breakout growth success, deconstructs his process for finding this fit and explains why many companies fail when they focus on validating solutions instead of truly understanding their customer needs.

But this isn’t just a discussion for early-stage startups. Itamar and Sean explain that Product/Market Fit is not just an obstacle to overcome, but the foundation of growth. Organizations must continuously work to optimize and iterate to stay relevant, meet changing needs, and expand their audiences. Even new features in well-established products need to be evaluated through their own product-market fit lenses.

So whether you are two co-founders with an idea, or leading the next big idea for an enterprise business, this discussion can help you find the focus, tools, and approaches to best position your organization to unlock growth.

* Itamar’s experience from software engineer to product lead at companies including Microsoft and Google (3:17)

* Why many companies fall into the trap of trying to grow without Product/Market Fit (7:14)

* Why Fit matters for both startups and established organizations (8:38)

* The “Renaissance Rep” and how this role can help understand needs (18:40)

* Why these concepts should always be in focus if you want to stay relevant (46:21) 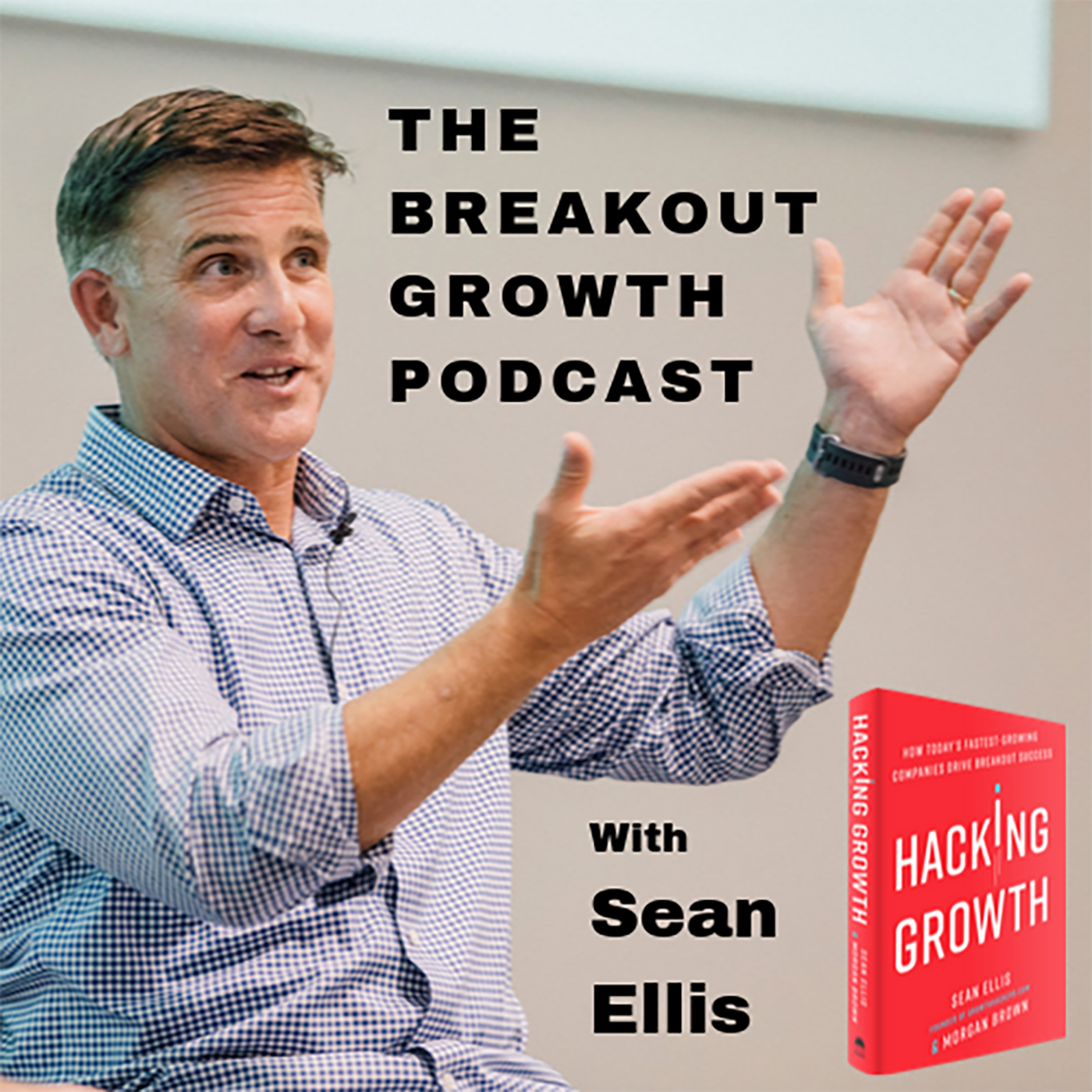 In this episode of The Breakout Growth Podcast, Sean Ellis interviews Dennis Poulsen, CEO of Valuer, along with their CMO, Taylor Ryan. Valuer helps major enterprises tap into startup innovation strengths via their AI-powered matchmaking platform.  Sean’s goal with this interview is to understand what is truly driving breakout growth success for Valuer. Since launching in early 2018, the Demark based business has scaled rapidly due to a surprisingly short sales cycle and an effective lead gen program. In the interview, we explore the problem that Dennis and his cofounders originally set out to solve, how they were able to build initial traction for the platform and when they had enough validation to aggressively start scaling. We also analyzed today’s growth engine which starts with aggressive customer acquisition.  Most new sales leads are generated via content marketing that aims to increase awareness among enterprises that startups can help solve their digital transformation and corporate innovation challenges. This content marketing has helped valuer achieve strong organic search traffic.   The Valuer team works to convert web traffic to qualified sales leads by optimizing site content such as case studies and reducing friction to completing the demo request forms. They are able to capture additional leads for outbound sales calls by analyzing IP addresses of the businesses that visit their website without completing a lead gen form.   Once leads are generated, the sales team works to quickly arrange a demo of how the platform works. Given that Valuer sales efforts are focused on large enterprises, the sales cycle is surprisingly short, typically ranging from a couple of weeks to a couple of ... 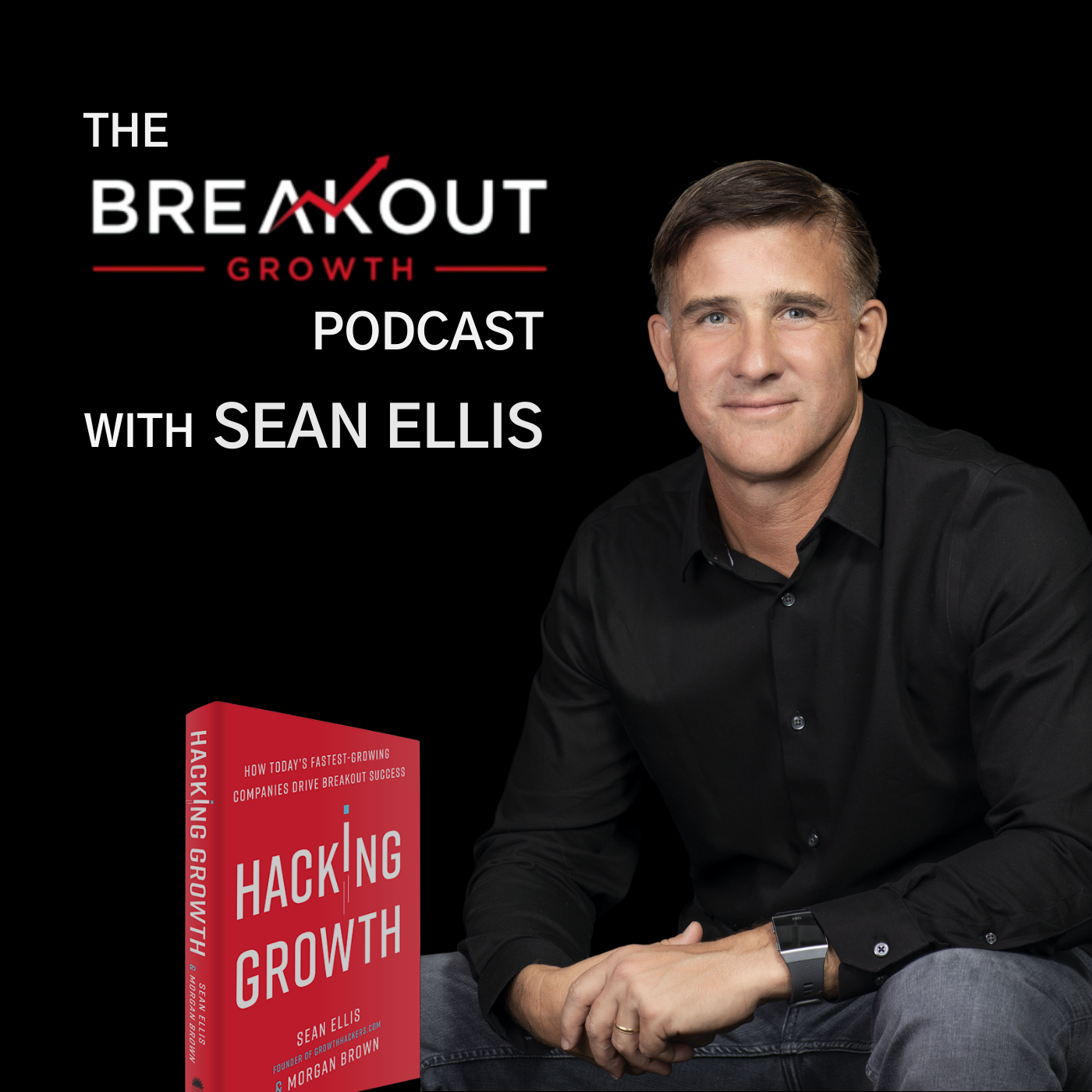 With 600 Employees, Growth Accelerated in 2019 for EV Box. CGO Explains How.

In this episode of The Breakout Growth Podcast, Sean Ellis interviews Hugo Pereira, Chief Growth Officer of EVBox, a manufacturer of electric vehicle charging station solutions on a mission to drive sustainable mobility and a zero-emission world. Their breakout growth can partly be attributed to their focus of not just being a market leader in charging manufacturing and development, but instead on being an industry leader (27:56), building mindshare around electric vehicle adoption.  To meet their mission and vision, EVBox shifted from a B2C to B2B2C approach and put an incredible emphasis on customer advocacy (13:17). By amplifying the value of customer relationships the company has been able to center their test/learn growth process around effectively meeting the needs of diverse customer sets that include automobile manufacturers, energy companies, fuel retailers, and others.  In this interview, we learn about the challenges that come along with this explosive growth. Transferring knowledge as a team grows by 40 - 50 people a month is incredibly challenging (27:03), and Hugo describes how collaborative culture and transparency have made is possible for the company to expand from a dozen employees to more than 600 in five years. Hardware businesses are notoriously complex as there is little room for error when it comes to nailing product/market fit. Hugo explains how a shift in mindset has helped overcome these challenges, and how a culture has emerged where people powered by purpose build the right products in a fast-moving industry (27:40). We discussed: How Covid-19 may change the EV landscape forever, and how that has presented both internal and external challenges and opportunities (11:42). ...

In this episode of The Breakout Growth Podcast, Sean Ellis is joined by guest host Matt Lerner, formerly marketing director at PayPal. Together, they interviewed Nilan Peiris, the VP of Growth at TransferWise.  Nilan has led growth at Transferwise from around 40 employees to a company that is now over 1700 employees. The goal of this interview is to deconstruct what is truly driving this breakout growth success for TransferWise. TransferWise’s growth starts with strong product/market fit. The founders identified an opportunity in the high costs that banks charge for international money transfers. Their solution makes it instant, convenient, transparent and significantly cheaper to transfer money abroad. One of the key growth challenges that Nilan and his team have faced with TransferWise is that most people don’t realize that they are overpaying for money transfers. Getting the word out and building a trusted brand via advertising would be a very expensive feat, so instead, Transferwise has worked hard to build customer advocates. But to maintain strong word of mouth, the team needs to delight customers with every touchpoint. This has proven challenging given their unprecedented growth rate. Still, Nilan and his team have closely monitored their Net Promoter Score and have quickly worked to address the inevitable operations challenges that come from a rapidly scaling business. This requires Nilan and his team to work closely with other executives and even the board of directors to effectively manage their rapid expansion.  Another reason that a strong referral loop is important is that TransferWise is generally an infrequent use case.  So rather than focusing on building a strong engagement loop, Nilan and his team ...